These last couple of weeks there has been two, no three, very significant international news events that have greatly impacted my perception of this world.

I have really struggled with myself to write this post, especially because I have seen first hand the “shit storm” the world wide web can cause if you dare raise your voice. In either direction. There is no inbetween anymore, no one is allowed to be “not involved” anymore, if you proclaim to be neutral both competing sides dumps you in the other opposing corner… and how I love being placed in a Box and labelled. 🙄

Having observed the news, especially the social Media on these topics I feel a great sense of sadness, because in essence although the last world war has been just over 70 years ago it feels more than ever that we are basically all standing on the edge of just losing it, globally.

First, it started off in South Africa when the SA government decided to re-introduce the land expropriation act. With each new government or president there is a new attempt at implementing it in a different format. Incredible however, is the amount of hate, racist statements, pictures of slaughtered people, swear words, so called historically correct quotes and memes flying around online. People calling each other names and finger-pointing… endless blame from one to the other side. There has even been situations where people wished murder and rape on each other, because they have a DIFFERENT OPIONION! And I am talking about everyone involved in this debate.

The second event was following a murder during a robbery in Chemnitz, Germany, where a gentleman was killed and two of his friends hospitalised. Tons of people in Chemnitz and surrounds flooded to the city in the last two weeks and one protest and / or anti protest followed another. I am glad I am not in the police force here at the moment, besides the overtime I cant imagine standing in-between the protesters, they are just scary! 🙈

In South Africa we are so de-sensitized to crime – reading of the newest murders, child abductions, rape and brutal burglaries and my personal favourite; the gang raping of babies or toddlers, that a mere murder gets another sad sigh as we get up and go to work the next day. Germany has statistically not been the crime capital of the world which means that the response to brutal crime is all the more shock and grief. Shock and grief being now instrumentalized politically across the spectrum with the result that people are physically shouting insults at each other in the street! Worse even physically attacking each other! Wait till you see the media and the social networks on this topic! A bashing below the belt is at the order of the day, insults flying across the airwaves to the likes of, wait until your child gets raped or knifed down in the street… is just one of the most harmless I have seen. Once again blaming and fingerpointing, opinions being spewed forth in an endless rage of words. I read through the comments baffled and speechless at our capacity to insult, and through all of this I cannot imagine how the family of the murdered man must be feeling to try and deal with their grief while the rest of the world is going bonkers.

The 3rd event was another molestation scandal that hit the Catholic church. I say another because every couple of years or so another incident or incidents comes to light and further erodes the trust people should have in their clergy. Worse off are of course the victims – to be molested changes your life and how you perceive certain things forever. It forces the child in a role it is not ready for – and I use the word force because it is by no means free will being used by the child, their trust is abused and betrayed to such an extent by some grown up they were entrusted to. Some never recover from this and rarely do perpetrators really get punished for this and once caught out, they have often done it multiple times and for years on end without fear of prosecution. The safest place to keep a secret is with a molested child – and the perpetrators know this very well. Secondly this is but another invitation to vigorous Catholic bashing. Now every priest, irrespective of who they are is a paedophile, while we conveniently forget all the other teachers, pastors of other religions, stepfathers, uncle’s, etc. Etc. anyone actually that abuses children in any which way. If we judge all by the same principle all schools and churches should be banned. What the hell, let’s start by completely banning families, where the real number of rape and molestation in family units are suspected to be much higher than actually reported…

What saddens me most about all of this is the way people are speaking to each other online. Civilisation has, well left planet earth and coming accross a conversation without swearing at each other, calling each other names, least of which “have your head examined” is truly an exception.

There are a lot of hashtags, some combining vulgar language. The internet has become the epiphany of a middle age village chasing supposed witches out using pitchforks and torches. Today we judge our ancestors, how silly and stupid they were. We look down on them and can’t believe that they were so insane to prosecute and burn people at the stake… but are we not doing exactly the same thing? With one significant difference – it is now all online, you can grab your virtual pitchfork and chase the witch out of the town from the comfort of your landscape couch.

I hope that somewhere along the line we can all find peace and forgiveness, because there is so much hurt and pain in the world and people lashing out at each other causing more pain and hurt. So the endless cycle continuous.

An eye for an eye only ends up making the whole world blind. Mahatma Gandhi

Perhaps we can all just be quiet for a while and stop shouting. Perhaps somewhere in the silence and in prayer we will find the answers we so desperately seek.

On this note – wishing every one a good week and stay safe. All of you. ❤ 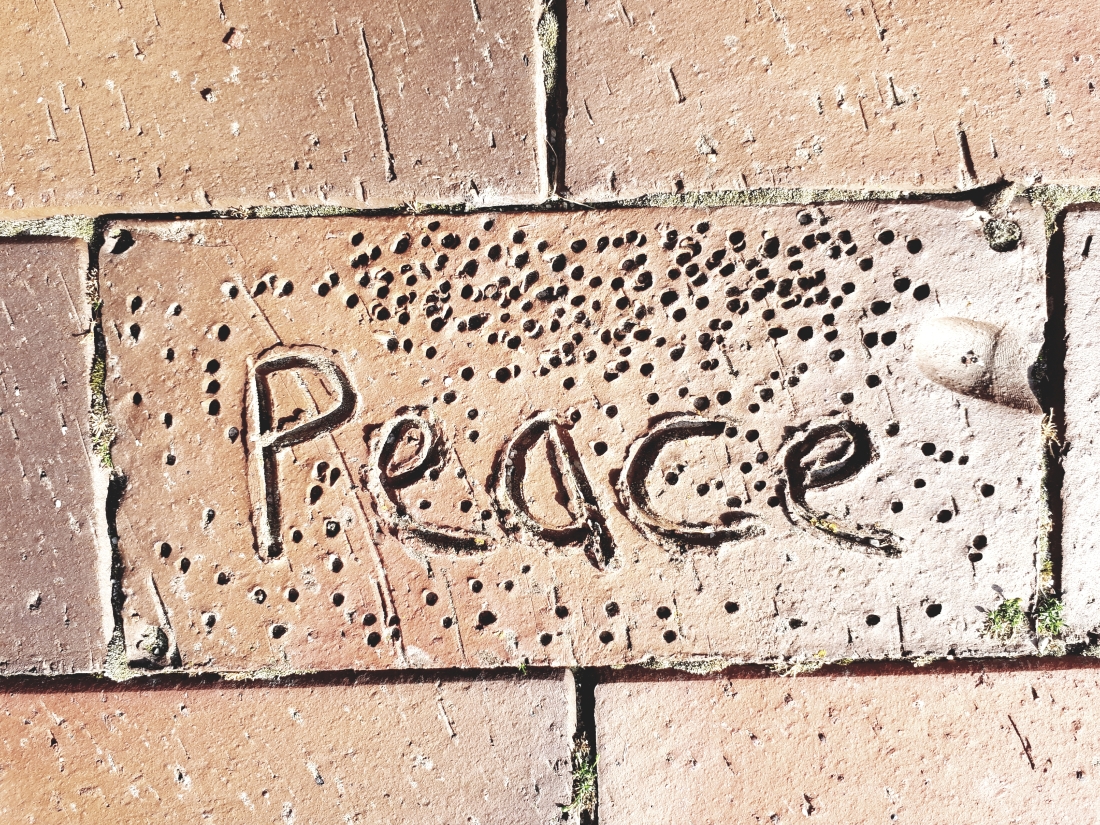 'Its about the journey, not the destination...' View all posts by TheFatPantsAndIStory