Well, you might know some of this already but I thought this would be a fun post to write! 🙂

1. I grew up in the jungle. No really, at one point my dad was stationed at a camp on the border of Angola and Namibia. Literally in the Bush, or rather the African jungle with Elephants and lions passing by our house on a regular basis. Its not something I would exchange for any experience growing up any where else in the world. My mother even gave two bulls names because they were in regular appearance and did not think anything of it to stand in front of our house looking for their favourite snack on the roof… It was quite a sight! Just a quick disclaimer – no we did not feed the elephants, there was a tree that used to shed its seeds onto the roof of the house, for some reason the elephants really liked to snack on this. It is one of the reasons I have great respect for nature and its inhabitants. Did you know that plants grew out of elephant dung because it creates the perfect fertilisation for the seeds they ate before?

2. I went to 9 different primary schools. Jap. There is nothing as fascinating as my collection of school clothes! 🙂 Although I don’t own any of them anymore! I don’t really hang on to stuff like that, partly, I suppose is that we moved around so much that I am used to kind of pack up what you really need and go. But really, I had 9 different school uniforms (in South Africa you wear a school Uniform), AND in 5 different colours! Unfortunately pictures were only taken once a year, so I don’t have the picture record of all of them anymore. 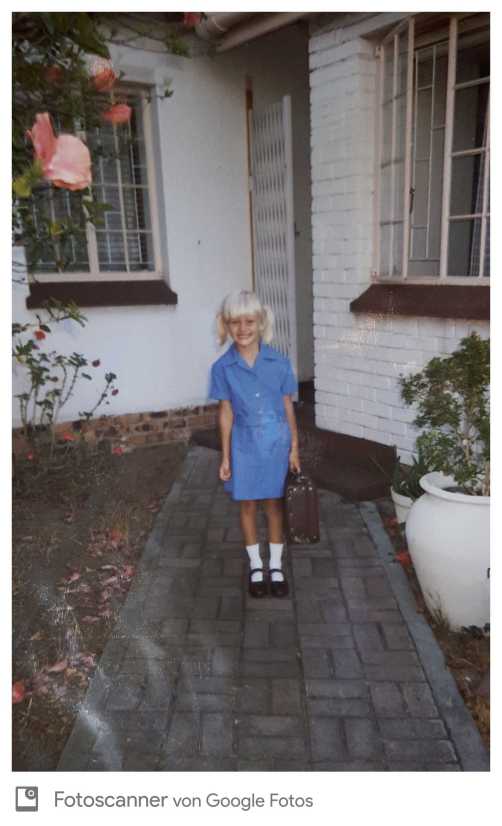 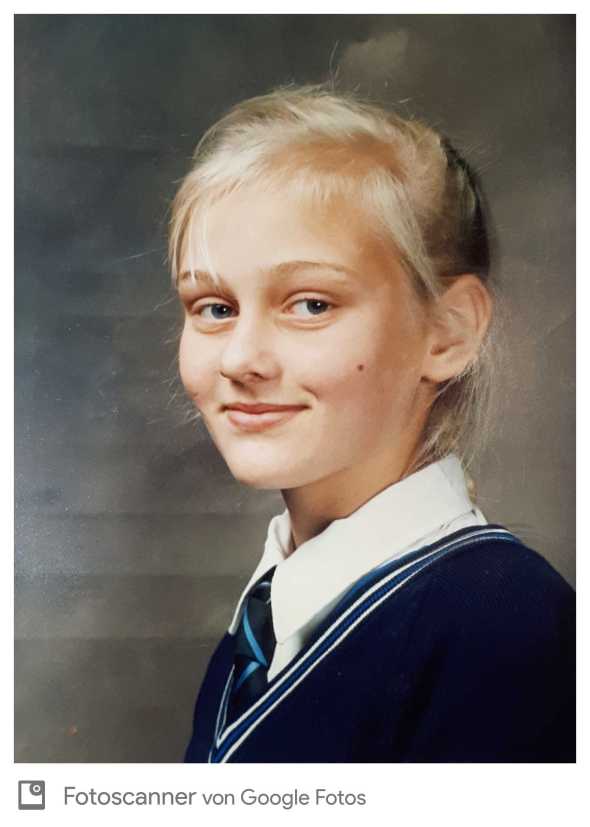 3. I can knit, sow and bake. Yes, Yes, very old fashioned! 🙂 I suppose I was born in the wrong century. I like simple things, and although I have adapted quite well to our modern world, I find pleasure in the little, simple joys of handcraft. My first pair of shorts I sowed when I was 8. 🙂 Crocheting though, that I don’t do… Although you never know hey?

4. I was always last when it came to running competitions at school 😀 Oh Yes! And as the oldest child I have the pictures to prove it! To my absolute disdain. My brothers inherited the sporty genes. I guess my mom was a bit disappointed – years later I found out that besides horse-riding she was quite the acclaimed sportswomen. National colours and such. Well being in the F Netball team during winter sports season (yes, they organised according to ABC) and F was the least talented – I just enjoyed doing something part of the team. Athletics was not it I am afraid, and running around in the hot African sun for no reason at all, neither! 😀

5. I had red, curly hair when I was a baby… once I turned one both the red hair and the curls were gone! 🙂 Well, it was fun while it lasted and I was damn cute!

6. I love boardgames. I guess this has partly a sentimental reason. When I was little board games was something I used to play with my dad and my brother… and boy he did not let us win just because we were children! And I always played snap and card games with my gran when we were visiting. It would be endless hours of fun… or frustration when you lose again! Our favourite games were “Mensch ärgere dich nicht” and “Fang den Hut”, i.e. both games around the principle of moving accros the board without having one’s neighbour kicking you off and having to start over again… These days I have graduated to more grown-up boardgames, but no less fun either. This experience have also taught me its OK to lose, and with that a sense of puzzlement at people who get so upset when something goes wrong…

7. I collect little angels. So this little hobby of mine I only really developed in the last couple of years. It started off with a friend sending me a ceramic Angel as a gift. Then my mom gave me two more when she was in Germany before she passed… then it just kind of happened that everywhere I went I would buy a small memory in the form of an angel… and the funny thing is – you truly get them in all shapes and sizes!

8. I went bungee jumping… and I liked it! 🙂 And I will do it again. It was the most exhilarating experience. Ever in South Africa? I can recommend Face Adrenalin wholeheartedly for a safe and fun bungee jump! 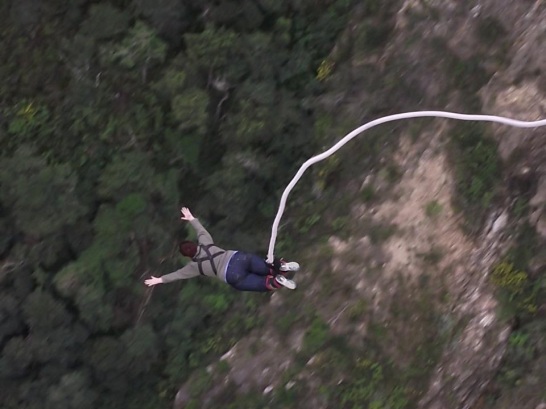 9. I am trilingual and can think and dream in all 3 languages. I pretty much grew up with all three languages, started off with German and Afrikaans which meant I ended up starting to speak a bit later than the typical child… Apparently however, quite normal for multilingual families. At the age of 5 I started answering my parents on their English conversations (you know, those conversations parents do not want children to listen to so they think if they speak another language we won’t get it :D) Well, that was the end of that!

10. I am not a big fan of carrots… I mean I will eat it, but for some reason I am not a big fan so you will not find me buying carrots willingly, unless I am cooking for guests. I suppose it is the same for people that don’t like tomatoes etc.

'Its about the journey, not the destination...' View all posts by TheFatPantsAndIStory